To share your memory on the wall of William Gonzales, sign in using one of the following options:

Provide comfort for the family of William Gonzales with a meaningful gesture of sympathy.

He worked in sales selling electronics where he became one of the top ten salesman in the nation. Later he started his own business in audio and video. After his sales career, Gonzo worked for the Colorado Millwrights Local Union 1607.

Gonzo had such a big huge heart, his door was always open to everyone. He was an avid outdoors man. He enjoyed any kind of fishing; fly fishing, ice fishing, he also loved deer and geese hunting.

We will miss his comical ways, intellect, and presence not to mention his creative artistic abilities.

He was preceded in death by his father and his beloved dog Jeriko.

A Celebration of Life will be at 11 a.m. on Tuesday, March 19th, 2018 at Northern Colorado Crematory.
To leave condolences with Gonzo’s family visit NCCcremation.com
Read Less

We encourage you to share your most beloved memories of William here, so that the family and other loved ones can always see it. You can upload cherished photographs, or share your favorite stories, and can even comment on those shared by others.

Posted Mar 15, 2019 at 01:35pm
Our thoughts and prayers are with you, Atlas Industrial Contractors

Tender Tribute was purchased for the family of William Gonzales. Send Flowers 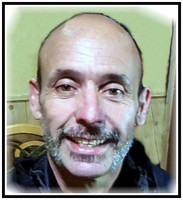