To share your memory on the wall of Roger Burgess, sign in using one of the following options:

Provide comfort for the family of Roger Burgess with a meaningful gesture of sympathy.

Craig was born in Wichita, Kansas to Roger & Jo (Wilcox) Burgess on April 2, 1963. On July 21, 1989 in Lexington, Nebraska, Craig married the love of his life, Coleen (Zulkoski) Burgess. In 1997, Craig and Coleen settled down in Northern Colorado and raised their children.

Craig was classic, much like his taste in music, movies and cars. He loved Ford Mustangs and The Beatles. Family was the most important thing to Craig and loved spending time with his 5 children and 7 grandchildren. He enjoyed spending his time tinkering with different things and trying to get the best possible reception with “Rabbit Ear” antenna.

To send flowers to the family or plant a tree in memory of Roger Craig Burgess, please visit our Heartfelt Sympathies Store.

Receive notifications about information and event scheduling for Roger

We encourage you to share your most beloved memories of Roger here, so that the family and other loved ones can always see it. You can upload cherished photographs, or share your favorite stories, and can even comment on those shared by others.

Posted Mar 02, 2019 at 08:52pm
We’ve known Craig and his family for many years! I worked with Craig professionally for years as well. He was a scientist at his job and respected by all. His loss leaves a gap in all our lives! Condolences to his loved ones!
Comment Share
Share via:
DK

Posted Feb 27, 2019 at 09:14am
Craig was the best big brother any girl could ask for!! There are so many memories floating around in my head and heart that it’s so hard to put them into words! From fishing together to singing at grandmas house... from fast cars... to sledding down the hill at SEEvery childhood memory involves you!!! You took me in when I needed to move back to Wichita ahead of Mom and Dad.... who knew that stovetop stuffing was a meal?? You taught me about real rock and roll... from BTO to Chicago and KISS. I will miss our weekly phone calls and getting that. Pics mail... Hey sis it’s your brother... I will miss your big heart and the love you showed! This is not goodbye... it’s see you later... all my love.... Deb
Comment Share
Share via:
TA

Posted Feb 27, 2019 at 08:31am
There are now words to adequately express how much I loved you big brother! You truly were a classic!! Its not goodbye... its see you later!! 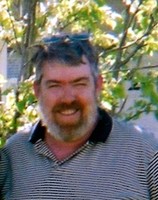