To share your memory on the wall of Richard Tiefert, sign in using one of the following options:

Richard was born to James and Beatrice (Daley) Tiefert in San Francisco, California on January 16, 1948. Later he moved to New York where he attended school for awhile and then went into the Army where he received his GED. After the Army he went back to New York where his first child, Crystal, was born.

Later he decided to leave NY and go travel the country side for awhile. He eventually ended up in Colorado where he settled down and started working on the oil rigs. Around 1976 he got married and a few years later they had a couple more kids, Heidi & Brad. In 1994 they got divorced and he moved on.

In 1997 he met Joyce Sobeski and they hit it off. After 22 years they finally got married on April 10, 2019. They had plans to go traveling when they both retired but that ended when he got sick and passed away.

Rick had worked his whole life until he got hurt in 2015 and had to go on oxygen 24/7. He enjoyed working. He also enjoyed going on rode trips, gambling, going out to eat and moving his feet. He loved dinking around the house and just doing different projects.

Richard is survived by his wife Joyce, his children Crystal and Brad Tiefert and Heidi(Kevin) Honeycutt, Grandchildren Gary Fitzsimmons, Tyler, Tiana, and Haley Honeycutt and a large loving family.

He was preceded in death by his parents and 1 step brother.

Receive notifications about information and event scheduling for Richard

There are no events scheduled. You can still show your support by sending flowers directly to the family, or planting a memorial tree in memory of Richard Elwood Tiefert.
Plant a Tree

We encourage you to share your most beloved memories of Richard here, so that the family and other loved ones can always see it. You can upload cherished photographs, or share your favorite stories, and can even comment on those shared by others.

Plant a Tree in Memory of Richard
Plant a tree 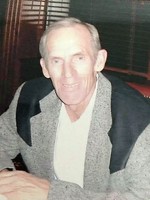