To share your memory on the wall of Richard Luster, sign in using one of the following options:

Richard graduated in 1958 from Southeast High School in Wichita. From there he moved to Fort Collins to attend Colorado State University where Richard studied to be a forest ranger. On November 1, 1958, Richard and Dana McCluggage, mother of his children, were married in Fort Collins. In the spring of 1960, they moved to Manhattan, Kansas and attended Kansas State University. Richard switched majors to ceramics and studied under Angelo Garzio.

In 1962 Richard began his six-year adventure as a junior and high school art teacher in Lindsborg, Kansas. This also marked the beginning of what was, for the time, innovative art teaching techniques, splitting large classes into similarly capable groups for appropriate instruction, teaching students beyond making pots to include processing clay, formulating glazes, firing kilns, and contour drawing to develop concentration. He also instituted field trips to the local Birger Sandzén Memorial Art Gallery in Lindsborg, as well as the Nelson-Atkins Museum of Art in Kansas City, Missouri, exposing young aspiring artists to a much larger world of expression. He was not only a well-respected teacher, but an integral artist in the community.

In 1968 he moved his family to the Lawrence, Kansas to attend the University of Kansas to pursue his Master of Fine Arts (MFA) Degree. This was a brave, confident and committed gesture, considering he would now have to support his family on a graduate teaching assistantship salary while studying with Sheldon Carrie and Herb Schumacher at KU.

In 1970 he became a professor of ceramics at the University of Northern Colorado in Greeley where he taught for thirty years, retiring in 2000. In addition to his teaching duties, Richard did workshop presentations and maintained a very active exhibition schedule. He was well respected as a colleague, always willing to step in to help, be it as a gallery director or acting department chair. He was a thoughtful problem solver, loved overengineering kilns and equipment, and was a staunch advocate for his students.

Outside of teaching, he maintained a production studio in his own home. His ceramics took on strong forms with expressive glazes. Constantly experimenting, his artistry evolved several times over the years. He was known for his landscapes, impeccable glazing, and perpetual innovation. Despite his skill as a ceramicist, he always considered himself an educator first.

Living in Colorado gave Richard and his family the opportunity to go hiking and backpacking. One of his greatest joys in the last decade of his life was travelling around the country and across Europe with his family. He carried his I-Pad everywhere to share pictures and tell stories of his adventures to friends and family.

Richard Luster, age 78, passed away August 4, 2019. He leaves a chaotic riot of loving family and friends.

“Far better it is to dare mighty things, to win glorious triumphs, even though checkered by failure, than to take rank with those poor spirits who neither enjoy much nor suffer much, because they live in the gray twilight that knows not victory nor defeat”.
T. Roosevelt, Chicago, 1899

In lieu of flowers, memorial gifts can be made to the, “UNC Foundation School of Art and Design Ceramics”, in care of North Colorado Crematory at 700 8th Street, Greeley, CO 80631
Read Less

To send flowers to the family or plant a tree in memory of Richard Clark Luster, please visit our Heartfelt Sympathies Store.

We encourage you to share your most beloved memories of Richard here, so that the family and other loved ones can always see it. You can upload cherished photographs, or share your favorite stories, and can even comment on those shared by others. 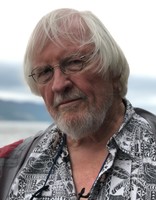