To share your memory on the wall of Phyllis Neuschwanger, sign in using one of the following options:

Print
Phyllis Neuschwanger, 84, of Platteville, Colorado, is another angel that was called Home on April 23, 2021, from Greeley, Colorado.

Her ... Read More
Phyllis Neuschwanger, 84, of Platteville, Colorado, is another angel that was called Home on April 23, 2021, from Greeley, Colorado.

Her maternal Grandmother raised her as her father died when she was 6 months old and her mother was very young. She moved to Akron, Colorado with her family in 1945, when she was 9 yrs old. She attended school in Akron & that is where she graduated from high school in 1953.

She was married soon after graduation and was blessed with 8 children over the years. She raised the children as a single mother from the time the youngest child was just a little over a year old. She always had plenty of love to go around to all her children and was always there when they needed her. Anyone who knew her well knew her children were her whole world.

She was the most UNSELFISH person, always putting others ahead of herself, especially her children. Phyllis was always a reliable babysitter for any of her grandchildren when needed.

At one point, Phyllis and the 2 younger boys lived in an older home. Phyllis had a small, old kerosene heater. She created some ‘duct’ work by cutting the bottom off trash bags, taping them together and running them from room to room for heat. It sounds funny & unsafe, but it actually worked and kept everyone warm that winter.

She was an amazing seamstress, she handmade many of her children’s clothing out of hand-me-downs, sheets or other sources of fabric that she could make into other clothing. One year, she used a treadle sewing machine to sew on. Some of the children actually learned how to sew on that old treadle machine. After her children got older they got together and bought her a new sewing machine, which she loved and was so excited to receive. After the children were grown, she continued making beautiful western shirts for who ever wanted them, often designing her own patterns.
When a wedding was coming up, Phyllis was the first one to volunteer to make the corsages, boutonnieres, bouquets and arrangements for the ceremony. She always did a beautiful job with her flower arranging, whether she was using real or artificial flowers. Her imagination was amazing with the arrangements.

Phyllis loved to write. She wrote many poems, short stories and she even published a book titled “Hoax”. She was very proud of her book, as were all of us.

When Phyllis moved to Platteville, she became the “Crazy Cat Lady”! It was a place where people tended to dump off their unwanted cats. She would always take them in, take them to the vet to be checked, spayed or neutered, shots and whatever care they needed. Then, continued to care for them in her home if she could not find good homes for them elsewhere.

She wrote a song for her children called “Mama’s Song: A TRIBUTE TO MY CHILDREN by Phyllis J. Dowers Neuschwanger (A Parody of Josh Groban’s song “You Raise Me Up”). Such a beautiful tribute.

Phyllis left a message on her computer with a final message for her children: It read - Wanted on my Grave Marker: “MY GREATEST BLESSINGS CALLED ME MOM.”

Phyllis was loved so very much by all of her children,. She will be forever missed.

To send flowers to the family or plant a tree in memory of Phyllis Jean Neuschwanger, please visit our Heartfelt Sympathies Store.

Receive notifications about information and event scheduling for Phyllis

We encourage you to share your most beloved memories of Phyllis here, so that the family and other loved ones can always see it. You can upload cherished photographs, or share your favorite stories, and can even comment on those shared by others. 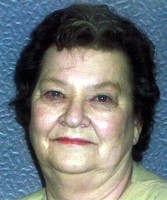