To share your memory on the wall of Norma Ballard, sign in using one of the following options:

Norma Jean Ballard died of natural causes on 07/11/2020 in Greeley, CO. Despite the corona virus epidemic, the hospital allowed her some visitors, so she was able to be comfort... Read More
NORMA JEAN BALLARD
December 24, 1932 to July 11,2020

Norma Jean Ballard died of natural causes on 07/11/2020 in Greeley, CO. Despite the corona virus epidemic, the hospital allowed her some visitors, so she was able to be comforted by a few close family members. She was 88 years old. Born in Mill Creek, Oklahoma at the height of The Great Depression on Christmas Eve, she was the youngest of Joe and Pearl Tripp’s 8 children: Lyndon, Jo Hannah (Sis), Hazel, Jane, Cletus, PW (Tubby) aka Tripp, and Willa Dean. All of them but her brother, PW, of Amarillo, TX have preceded her in death. A grandson, Anthony Alongi, also preceded her in death in 2015. A niece, Cathy Tripp and a nephew, Robert Hall also preceded her in death
She is survived by her son, Richard Ballard, of Greeley, CO, a daughter, Sherry Alongi of St, James, NY, and 3 granddaughters; Angelina Alongi of Napa, CA, Andrea Beauman of Nesconset, NY, and Nicole Ballard of Denver, CO. Additionally, she leaves behind 5 nephews (Ronald Lessley of Claremore, OK, Kenneth Baker of Tishomingo, OK, Michael Angiorlis of York, PA, Roger Ashby OF Hesperia, CA, Terry Tripp of Amarillo, TX) and 4 nieces (Barbara Mason of Houschton GA, Carol Bamonte of Highlands Ranch, CO, Cindi Orendorff of Gettysburg, PA, Lyndee Tripp, Tulsa ,OK) and extended family.
Norma worked for various companies during her lifetime. Back in the day before dial, touch tone or smart phones, she was a telephone operator in Roswell, NM. Later in her career she worked at a variety of administrative and accounting positions in PA and CO, including AMF Head and Beech Aircraft in Boulder, CO. After retiring she spent her time enjoying her grandchildren, gardening, canning, volunteering for the ASPCA and sewing, the latter of which she was particularly proficient. In fact. she made all the shirts for a drum and bugle corps, which her son was a member. She also quilted all the quilt tops her mother had pieced together from flour sacks decades earlier.
Beloved mother, grandmother, aunt, and friend, she will be remembered for her untiring work ethic, standing up for women’s rights and setting an example for single mothers, long before it was politically correct and fashionable to do so, but an economic necessity never the less, and unshakeable loyalty to her family, even when it was difficult, at times.
In lieu of flowers, a donation to your local animal rescue or favorite charity would be appreciated
Read Less

Receive notifications about information and event scheduling for Norma

There are no events scheduled. You can still show your support by sending flowers directly to the family, or planting a memorial tree in memory of Norma Jean Ballard.
Plant a Tree

We encourage you to share your most beloved memories of Norma here, so that the family and other loved ones can always see it. You can upload cherished photographs, or share your favorite stories, and can even comment on those shared by others.

Posted Jul 16, 2020 at 06:29am
Hi Grandma!!! I know you are feeling much better now. When I was younger we used to go hiking. You handed me a magic walking stick. I could hike forever! We used to go on road trips when I was in high school and we would see billboards for tourist attractions on our way to our main destination, that's how we found Bear Country USA, and the ice caves next to a volcano. That ice cave was my favorite! However, on the ice cave trip you went off the trail and you busted your ankle and I told you to stay on the path. Thanks for listening to my crazy conspiracies, ghost sightings, and strange things in the sky and not thinking I was too crazy. ;-) I always enjoyed our Thursday phone calls. I will miss those but you always know where to find me. :-) Love Andrea

Posted Jul 15, 2020 at 04:57pm
Bye Grandma😭. We had some great times and good laughs. Like the time we drove down the sidewalk on a one way street in NYC but we found the queens midtown tunnel 😂. Our coast to coast road trips were epic and unforgettable.
You taught me how to shoot a gun, fix anything using ingenuity and to not take 💩 from anyone. You are dearly loved and will always be missed. ❤️
Comment Share
Share via:
C2

Posted Jul 14, 2020 at 06:10pm
Grandma, that last few days have been awfully hard without you. I was lucky to have you around to call and hear you say, “be good, Sugar”. I miss hearing your stories even if you were starting to repeat the same ones.

I’ll miss your pies and deviled eggs every holiday or going to your apartment with Chick fill A just to chat.

There are so many things I wish you were going to be here for. I wish you’d get to see me get married or meet my new puppy. My last day with you I told you I put a deposit down on a dog just so you’d wake up and lecture me about how an apartment isn’t ideal for a dog. That might be true but I believe I Inherited the Tripp’s genes for how well we love animals and would do anything for them.

There are so many things I admire from you: Your work ethic, your independence, and your strength. You had a tough exterior but a soft soul. You were beautiful even the last day I got to be with you. I wish I had gotten your blue eyes.

I like to think that now you’re watching down on me and as a nurse and in every day life. You are missed more than you could ever know but I find comfort in knowing you are running around with your family and I’ll meet you up there (if I behave enough) and hear more of your stories one day. Love you so so much and missing you always.

Norma Jean was only 13 when I was born so I always thought of her as my
young, fun aunt. When we were kids and she came to visit, our house
always rocked with laughter, teasing and funny stories. As the youngest
sibling she felt it was her duty to look after her elder siblings. She
visited Mom and Daddy frequently. If they ever had a health problem she
would try to come and help. I think they all three drew even closer as
the years went by and loved each other a lot.

She loved her two children who she raised as a single mother and was
very proud of their accomplishments. Her grandchildren were the apples
of her eye.

She was always proud of her background and understood that her work
ethic and success were based on her raising. She loved animals and her
pets had really good lives.

Her family will remember her and grieve our loss but feel she is up
there with her sisters. All laughing and talking and having a wonderful
reunion. 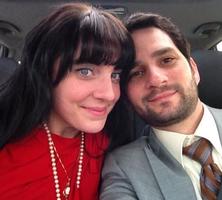 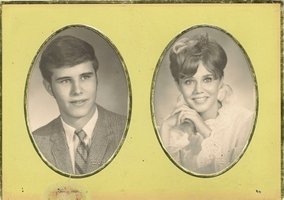 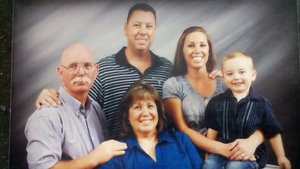