To share your memory on the wall of Nadene Chariton, sign in using one of the following options:

Provide comfort for the family of Nadene Chariton with a meaningful gesture of sympathy.

Print
Nadene Chariton took the hand of our Lord, Jesus, as she passed on February 14, 2019 at a local long-term care facility in Greeley, Colorado.

Nadene was born on April 7, 1927, to Albert and Elsie Decker in McCune, Kansas. During the depr... Read More
Nadene Chariton took the hand of our Lord, Jesus, as she passed on February 14, 2019 at a local long-term care facility in Greeley, Colorado.

Nadene was born on April 7, 1927, to Albert and Elsie Decker in McCune, Kansas. During the depression years they lived in Kansas and New Mexico and then settled in Pueblo, Colorado, where Nadene attended Keating Junior High and Central High School, graduating in 1945. In high school, during World War Il, Nadene also worked as a long-distance/information operator and office clerk at Mountain States Telephone and Telegraph Company and had fond memories of August 14, 1945 (V.J. Day) when all the lights on the switch board lit up as Americans called each other with news of the victory. She worked for Mountain States for a total of 10 years.

On March 12, 1949, Nadene married Robert Philbrook 'Phil' Chariton at Bruner Park Evangelical United Brethren Church in Pueblo, Colorado. In 1960, the family moved to Longmont, Colorado, when Phil took a position at the National Bureau of Standards in Boulder, Colorado. While in Longmont, Nadene was secretary to two city managers and held other secretarial positions in town. She was also active in helping in community and church work through Westview Presbyterian Church where she was a member.

Nadene also lived in Loveland, Colorado; Broomfield, Colorado; and then Greeley, Colorado, from 2015 to her death.

Nadene is proceeded in death by her husband; parents; and sister, Irene Bradfield.

At Nadene's request, there will be no service.

Memorials may be made in her name to Suncrest Hospice or Weld Food Bank, in care of Northern Colorado Crematory, 700 8th St, Greeley, CO 80631.
Read Less

Receive notifications about information and event scheduling for Nadene

There are no events scheduled. You can still show your support by sending flowers directly to the family, or planting a memorial tree in memory of Nadene Ellen Chariton.
Plant a Tree

We encourage you to share your most beloved memories of Nadene here, so that the family and other loved ones can always see it. You can upload cherished photographs, or share your favorite stories, and can even comment on those shared by others.

Plant a Tree in Memory of Nadene
Plant a tree 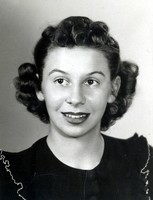