To share your memory on the wall of Michael Hutton, sign in using one of the following options:

He was born to Harry and Maxine (Dysert) Hutton on May 15, 1952 in El Paso, Texas. He graduated from Air Academy ... Read More
Michael Stephen Hutton, 68, of Greeley passed away Friday, November 6, 2020 at 6:45am at Northern Colorado Medical Center.

He was born to Harry and Maxine (Dysert) Hutton on May 15, 1952 in El Paso, Texas. He graduated from Air Academy High in 1971. He studied business while attending the University of Northern Colorado. He later married Patricia Lewis and they later divorced, but remained lifelong friends. He worked at Kodak, became a business owner, and finally a truck driver.

Michael loved the outdoors, hunting and fishing, riding motorcycles, photography, and especially his family. He is survived by his daughter, Lindsey Frazier; granddaughters, Brooklyn and Ashlyn; brother, Shane; and sisters, Patty and Sheila.

He is preceded in death by his parents.

His family will host a private memorial at a later date. In lieu of flowers, donations may be made to Colorado Parks and Wildlife, in care of Northern Colorado Crematory, 700 8th Street, Greeley, CO 80631.
Read Less

Receive notifications about information and event scheduling for Michael

There are no events scheduled. You can still show your support by sending flowers directly to the family, or planting a memorial tree in memory of Michael Stephen Hutton.
Plant a Tree

We encourage you to share your most beloved memories of Michael here, so that the family and other loved ones can always see it. You can upload cherished photographs, or share your favorite stories, and can even comment on those shared by others.

Plant a Tree in Memory of Michael
Plant a tree 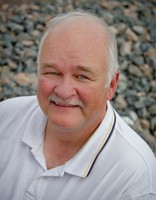