To share your memory on the wall of Lois Ferbrache, sign in using one of the following options:

Provide comfort for the family of Lois Ferbrache with a meaningful gesture of sympathy.

To plant a memorial tree in honor of Lois Ferbrache, please visit our Heartfelt Sympathies Store.

Receive notifications about information and event scheduling for Lois

There are no events scheduled. You can still show your support by sending flowers directly to the family, or planting a memorial tree in memory of Lois Ferbrache.
Plant a Tree

We encourage you to share your most beloved memories of Lois here, so that the family and other loved ones can always see it. You can upload cherished photographs, or share your favorite stories, and can even comment on those shared by others.

Posted Jan 09, 2019 at 06:15pm
Lois was full of fun and mischief. She loved music and I had the honor of playing the piano for her birthday one year. I can certainly attest to those wonderful cinnamon rolls as well. Oh, mouth-watering bliss they were! My thoughts and prayers go out to your entire family. She is truly in a better place now, whole in body and mind. God bless and keep you in His comfort and peace.

Posted Jan 09, 2019 at 09:07am
Rest easy my other Mother. So many fond memories of our times together . I was so blessed to have you in my life. Love always your 3rd Diaghter, Diana
Comment Share
Share via: 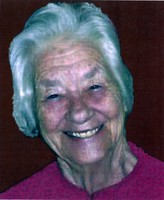