To share your memory on the wall of Leonard Wilson, sign in using one of the following options:

Provide comfort for the family of Leonard Wilson with a meaningful gesture of sympathy.

We encourage you to share your most beloved memories of Leonard here, so that the family and other loved ones can always see it. You can upload cherished photographs, or share your favorite stories, and can even comment on those shared by others.

Posted May 28, 2019 at 05:34pm
My prayers and love to all of you. I know how dear this man has been to your family and the memories of his smiles and laughter are all I ever see when I think of him. He will be missed dearly. Carry on Leonard...there's always laughter and jokes where you are.
Comment Share
Share via:
E#

Our heartfelt condolences to the Wilson family. We were saddened to hear of Leonard's passing. He was our most senior member, having joined the Benevolent and Protective Order of Elks in 1943, he was a 78 year member! He will be forever memorialized on our Tablets of Love and Memory. The Officers & Members of Fort Collins Elks Lodge #804 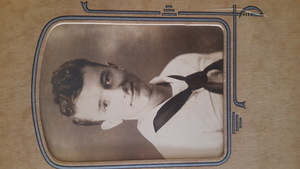