To share your memory on the wall of Kathleen Davis, sign in using one of the following options:

Provide comfort for the family of Kathleen Davis with a meaningful gesture of sympathy.

Print
Kathleen Davis, 91, of Greeley passed away peacefully on December 18, 2018 in her home in Greeley.

Kathleen was born in Nehawka, Neb. to William & Esther (St. John) August on April 21, 1927. Her family moved to Otis, Colo. where she attended early elementary school in a country schoolhouse. Later the family moved to a farm south of Brush, Colo. She graduated from Brush High School in 1944, and attended Western State College in Gunnison, Colo. There she met and married her husband of 48 years Cecil Davis on March 18, 1945.

They farmed south of Brush where she was a 4-H leader and active in her children’s 4-H projects and the organization, ‘Make it with Wool.’

The family moved to Greeley in 1961 when Cecil went into the construction business. Kathleen managed Skyscene Flowers for many years. She later opened her own shops in Cottonwood Square. She owned Special-T Shop and Kathleen’s Professional Fit before she retired at the age of 80.

Kathleen was a faithful member of the First Christian Church of Greeley, Order of the Eastern Star, and the Order of the Amaranth. In recent years, she was an active bridge player at the Greeley Senior Center. She has been an avid and loyal Rockies fan since the team started. She had many family reunions on her birthday in the Rock Pile and even attended Spring Training in Arizona.

In lieu of flowers, please make a contribution to your favorite charity in Kathleen’s name.
Read Less

To send flowers to the family or plant a tree in memory of Kathleen W. Davis, please visit our Heartfelt Sympathies Store.

Receive notifications about information and event scheduling for Kathleen

We encourage you to share your most beloved memories of Kathleen here, so that the family and other loved ones can always see it. You can upload cherished photographs, or share your favorite stories, and can even comment on those shared by others.

Guaranteed hand delivery by a local florist
B

Posted Dec 30, 2018 at 10:19am
Rachel and I are so Sorry for your Loss. God Bless all of you , Bronco and Rachel Tafoya
Comment Share
Share via: 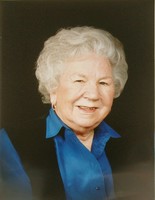