To share your memory on the wall of Jerry Shorter, sign in using one of the following options:

Provide comfort for the family of Jerry Shorter with a meaningful gesture of sympathy.

We encourage you to share your most beloved memories of Jerry here, so that the family and other loved ones can always see it. You can upload cherished photographs, or share your favorite stories, and can even comment on those shared by others.

Ben, Brittany and Logan sent flowers to the family of Jerry Lynn Shorter.
Show you care by sending flowers

Posted Jul 01, 2019 at 08:24pm
We meant Jerry & Loy at our garage sale we had. They came back the next day for a gathering to visit. Great people. Will miss Jerry driving by & waving on his way to work. RIP

Posted Jul 01, 2019 at 08:24pm
We meant Jerry & Loy at our garage sale we had. They came back the next day for a gathering to visit. Great people. Will miss Jerry driving by & waving on his way to work. RIP

Posted Jun 28, 2019 at 05:05am
Jerry was a really nice man who came in grabbed his mail with a smile we will miss him greatly tour 1 usps
Comment Share
Share via:
BL

Posted Jun 27, 2019 at 07:29pm
Aunt Loy, Kara and Matt- We are sorry we couldn't be there today. We love you and we are praying for you. Uncle Jerry will be deeply missed.

Posted Jun 26, 2019 at 09:24am
Jerry was a wonderful man and I'm so thankful I had the pleasure of knowing him. I knew Jerry my entire life as his family (Shorter family) was like family to the Parsley Family always. My grandfather loved Jerry as his own son and would always talk highly of Jerry. My grandma as well thought of Jerry as a son as well. I will always hear Jerry's laugh as he had a laugh like no other. I will forever cherish the memories of Jerry and his memory will live on in my heart. I send my condolences to Loy, Kara, Matt, and the entire Shorter family. I'm sorry I will not be able to attend the memorial service as I'm in Maryland but I will definitely be thinking of you all. Love always, Cookie Parsley
Comment Share
Share via: 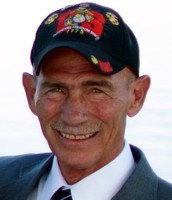 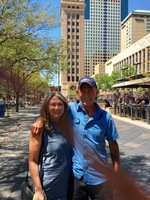 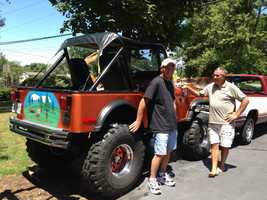