To share your memory on the wall of Gary White, sign in using one of the following options:

To plant a memorial tree in honor of Gary White, please visit our Heartfelt Sympathies Store.

There are no events scheduled. You can still show your support by sending flowers directly to the family, or planting a memorial tree in memory of Gary White.
Plant a Tree

Posted Nov 21, 2019 at 03:25pm
Anne and Family.
Our sincere sympathy and love to all of you . May God give you comfort and strength and his everlasting peace .
Our love, Bob and Shirley Hart
Comment Share
Share via: 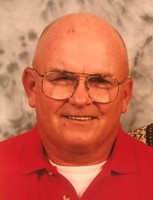