To share your memory on the wall of Frederick \'Ted\' Bussey, sign in using one of the following options:

Ted was born in Chicago, Illinois to Frederick & Irmadel (Meigs) Bussey on December 9, 1934. On February 22, 1963 in Chicago, Ted married the love of his life, Sally (O’Neil) Bussey. They had one son Ted III.

Ted lived a very full, rich and blessed life, positively affecting all who knew him and leaving us with a mix of delightful memories and a deep sense of loss. He expressed many fond memories about growing up in Chicago with his two brothers, George and John. Upon graduating from Northwestern’s Medical School, he embarked on a career as a general surgeon in the Army that spanned over 31 years. During his military career, MG Bussey served at the Presidio of San Francisco, CA; Fort Sam Houston, TX; Viet Nam; South Korea; Wurzburg, Germany; Nurnberg, Germany; Fort Carson, CO; Fitzsimmons AMC, CO; Carlisle Barracks, PA; Fort Gordon, GA. Prior to his retirement from this distinguished career in the army, he served as the Deputy Surgeon General of the Army in the Pentagon.

Following his retirement from the army, Dr. Bussey served as the Director of the VA hospital in Asheville, NC and made his home in Asheville for the next 25 years. After he was widowed during this time, he remained active in the community including attending UNCA’s College for Seniors and served on the Asheville Symphony Board and the Rotary Club Board. As time progressed, he moved to Fort Collins, CO at MorningStar Senior Living, where he was able to enjoy his final years with the love of his family and friends.

Throughout his life, Ted was guided by his love of God and family, a devotion to country and a desire to be a friend to all. Among his varied interests, he was an avid skier and hiker, an intrepid traveler and camper, an apprenticing deck hand, a connoisseur of wine and a lifelong student of medical science and a wide variety of other subjects. However, most will remember Ted for his friendly nature, his positive outlook, engaging conversational style, gracious manner and great sense of humor. Throughout his life, many people remarked spending time with Ted and Sally represented “special times” in their own lives.

He was preceded in death by his loving wife Sally; brother, George Bussey and parents.

A private family celebration will be planned in the future.

Receive notifications about information and event scheduling for Frederick 'Ted'

There are no events scheduled. You can still show your support by sending flowers directly to the family, or planting a memorial tree in memory of Frederick 'Ted' Newton Bussey II.
Plant a Tree

We encourage you to share your most beloved memories of Frederick 'Ted' here, so that the family and other loved ones can always see it. You can upload cherished photographs, or share your favorite stories, and can even comment on those shared by others.

Plant a Tree in Memory of Frederick 'Ted'
Plant a tree 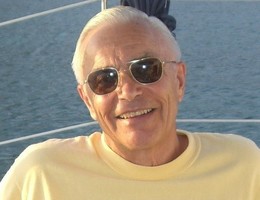