To share your memory on the wall of Ernest Anderson, sign in using one of the following options:

Ernie was born in Denver, Colorado, on October 29, 1939. At the age of eight, he was adopted by Charles and Margaret (Quinn) Anderson. On August 22, 1965 in Lamar, Colorado, he married the love of his life, Ila Kay (Schnabel) Anderson.

Ernie was a Godly man, a veteran of The United States Marine Corps and he was proud to have served many years on the Colorado State Patrol.

He retired from banking in Seattle, WA in 2006 after which he and Kay moved back to Colorado to be closer to their children and grandchildren.

He enjoyed volunteering as a shuttle driver at NCMC for the past 10 years as well as helping with many duties at the Union Colony Marine Corps League and VFW Pioneer Post 2121.

He was a talented artist, working in metal, concrete and glass. He was well known among his friends and family for his sense of humor and his willingness to help people in need. They also loved his famous pineapple-upside down cakes and butter toffee.

In Lieu of flowers, the family asks for donations to The Marine Corps League #1093, of Greeley, CO.
Read Less

Receive notifications about information and event scheduling for Ernest

There are no events scheduled. You can still show your support by sending flowers directly to the family, or planting a memorial tree in memory of Ernest H. Anderson.
Plant a Tree

We encourage you to share your most beloved memories of Ernest here, so that the family and other loved ones can always see it. You can upload cherished photographs, or share your favorite stories, and can even comment on those shared by others.

Plant a Tree in Memory of Ernest
Plant a tree 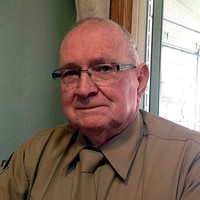