To share your memory on the wall of Dr. William \'Bill\' Popejoy, sign in using one of the following options:

Provide comfort for the family by sending flowers or planting a tree in memory of Dr. William 'Bill' Popejoy

Provide comfort for the family by sending flowers or planting a tree in memory of Dr. William 'Bill' Popejoy

Bill was a Normal boy, he grew up in Normal, Illinois, after his U.S. Army honorable discharge, he was educated at Illinois State University. His love of music, playing a 5-string standup bass in the Tommy Wood Orchestra funded his Bachelor and Master of Science and Education degrees. He received his Ed.D. degree in Mathematics Education, the first ever, from Colorado State College, now the University of Northern Colorado and was immediately hired as an Assistant Professor to organize the Degree of Doctor of Education program within the Mathematics Department. He was a member and presented at professional organizations including, National Council of Teachers of Mathematics, Colorado Council of Teachers of Mathematics, American Association of University Professors, Colorado Education Association and fraternal organizations, Phi Delta Kappa, Kappa Delta Pi, Kappa Mu Epsilon, Lambda Sigma Tau. He was once the Vice-Chairman of the UNC Faculty Senate and was the Commencement Marshall for 5 years, he ended his University Professor career after 29 years in 1988.

When he was finishing his Doctoral degree at Colorado State College, he met his wife Joan Halverson, while she was studying for her Master’s degree in Education. As an avid nature photographer, he exhibited in many International Salons of Photography competitions, where he achieved the highest honor available, the 5 star rating of the Photography Society of America, the first person in any division in Colorado. Bill and Joan traveled to every state in America to photograph each states history or National Parks. They enjoyed camping in their travel trailer in area states for Bill’s other hobby fishing. He was a member of the Greeley Shutterbugs Camera Club, Weld County Genealogy Society, Greeley Audubon Society, American Legion and Travel & Gourmet Dinner Clubs.

They loved to travel the world mostly on Cruise Ships, including traveling to Joan’s family’s origin of Norway and other Scandinavian countries. He donated his time to UNC’s Athletic Department to photograph games. One of his photographs was used for a football card. In later years he and Joan would winter in Arizona to be closer to family and for Bill to golf and travel to photograph birds. After moving back to Colorado full time, they purchased a mountain cabin near multiple lakes for fishing.

Dr. Bill is survived by his son, Dean Popejoy; and a loving extended family.

He was preceded in death by his wife; brother, Eldred Popejoy of Hollywood, Florida.

There will be no local services held.
Read Less

There are no events scheduled. You can still show your support by sending flowers directly to the family, or planting a memorial tree in memory of Dr. William 'Bill' Dean Popejoy.
Plant a Tree

We encourage you to share your most beloved memories of Dr. William 'Bill' here, so that the family and other loved ones can always see it. You can upload cherished photographs, or share your favorite stories, and can even comment on those shared by others.

Posted Feb 13, 2021 at 05:24pm
I guess you couldn't really call us CLOSE friends, but we were certainly GOOD friends for quite a long while. I'll miss his skill, wisdom and humor.

Posted Feb 10, 2021 at 03:31am
My cousin Bill was one of the most interesting people i ever met. Talented in so many ways. Teller of great stories. So knowledgable in history and geology, especially of his mountain area. One of the best vacations i ever had was to his home in Greeley where we took day trips every day to all the surrounding mountains and parks. Very happy memories of my "cuz". God bless you Dean.
Comment Share
Share via: 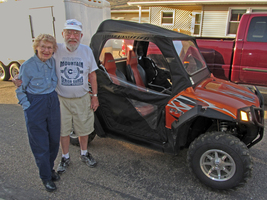 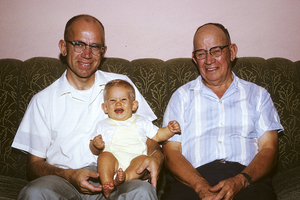 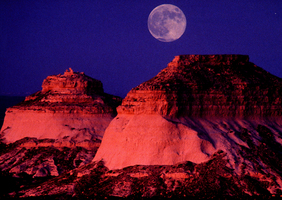