To share your memory on the wall of Donald Foster, sign in using one of the following options:

Receive notifications about information and event scheduling for Donald

There are no events scheduled. You can still show your support by sending flowers directly to the family, or planting a memorial tree in memory of Donald Ray Foster.
Plant a Tree

We encourage you to share your most beloved memories of Donald here, so that the family and other loved ones can always see it. You can upload cherished photographs, or share your favorite stories, and can even comment on those shared by others.

Posted Aug 13, 2020 at 12:37pm
My condolences to the family. I recall many a conversations about baseball and softball back in the day (70's & 80's). I pray the blessings of the memories will provide the peace you need.

Posted Jul 29, 2020 at 02:15pm
One of my favorite teachers, always had a joke for me in study hall. It's been years but I know he will be greatly missed. So sorry for your loss Rob and family. You're in my prayers
Comment Share
Share via:
TW

Posted Jul 13, 2020 at 05:31pm
Barb and Family, I am so sorry to learn of Don's passing.
It has been forever since we played softball together. He was a great coach! Always looked forward to the summers and playing ball.
Don will be greatly missed.
Terry White
Comment Share
Share via: 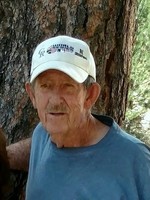