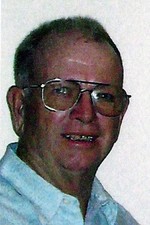 Dennis was born in Madrid Nebraska and lived most of his life in Greeley. On September 4, 1966 he married Patricia Deibal. She was the love of his life. They were married for 52 years until her death last year.
Dennis was in the Air Force, serving in the Vietnam War. Dennis opened a lawn service which he ran with his daughters for over 30 years until he retired.
Dennis is survived by his children, Sandy Kler, Denise DeWitt and their spouses, ten grandchildren and one great grandchild.
He is preceded in death by his wife Patricia and his daughter Cindy Anderson, also his brother and parents.