To share your memory on the wall of Daniel Blanchard, sign in using one of the following options:

Print
On January 2nd, 2021, Daniel Blanchard gave those who knew him his final gift - a cache of irreplaceable memories and the inspiration to help others who are battling the illness that unfairly claimed his life.

The world was instantly mad... Read More
On January 2nd, 2021, Daniel Blanchard gave those who knew him his final gift - a cache of irreplaceable memories and the inspiration to help others who are battling the illness that unfairly claimed his life.

The world was instantly made better on November 5th, 1985, the day that Dan was born. And what a splendid gift he was! Too often, humanity is afflicted by terrible darkness. Dan, however, came into this world bearing an internal flame that brightened the lives of those fortunate enough to know him. His innate compassion was a boon to people and animals from all walks of life. Always keenly aware of the suffering of others, Dan was perpetually dedicated to alleviating it however he could. What a tragedy, then, that a man so gifted at helping others struggled so much with accepting help for himself. His passing has imparted upon us one final bit of wisdom, which he had in spades. His last lesson for us mere mortals is that we must not only be willing to extend a helping hand, but that we must love ourselves enough to accept the hands that are offered to us in turn.

Bright and creative, Dan excelled in both his work and his hobbies. His boisterous personality, attention to detail, and imagination made him a great cook - as the restaurants he's worked for know. Beyond that, he started his own business as one of the best waterproofing specialists in Colorado. His interests were varied and his hobbies numerous - from snowboarding to drawing, from gaming to writing (and far too many others to count), Dan exhibited a zest for learning and experiencing life to its fullest. The myriad ways that he has inspired those who loved him are innumerable, and the loss of his potential is a blow to a world that sorely needs hearts and minds like his.

The ability to make others laugh and smile was one of Dan's greatest strengths. Gifted with a quick wit and a sharp sense of humour, he was always ready with something to make us grin - from bad dad jokes to darkly comedic commentary. His unique brand of humour is only one of many talents that he possessed, all of which will be unbelievably missed. Our only hope is that we can let his untameable spirit shine on throughout our own lives, and that in this way, his legacy will be eternal and immutable.

Of all of Dan's many creations, his surviving daughter Lillian Blanchard is his magnum opus - his greatest pride and highest joy. Fatherhood was his favorite part of life by far, and he was endlessly vocal about his love for her. He is also survived by his loving wife - Leandra Walker, his caring brother - Tim Purser, and his wonderful parents - Tom and Teresa Bell. Others grieving him include his friends Luke Ritt, Ross Shipshock, Casey Canada, Logan Canada, and too many more to name here. Ghost, his cat and Todd, his dog, remain as well.

Daniel Blanchard was a giving, unique, spirited man. As such, he would want to help others, even after he passed. In honor of his caring nature, his family is dedicated to spreading awareness and changing the social discourse surrounding alcohol addiction, the disease that stole him from us. We are asking that in lieu of flowers, donations be made in his name to The Partnership to End Addiction, a charity that provides resources and support to those who are suffering the way that Dan did.

With that, we are left with the lessons that his passing has taught us, and we urge you all to hold them dear - that every life is extraordinary, that empathy is humanity's most valuable asset, and that reaching out for help is not admitting weakness, but rather the greatest exhibition of strength that one can achieve.

You were our favorite hello and our hardest goodbye, Dan. The way you are loved and missed is indescribable. You will always be honored and cherished by the countless lives you impacted - thank you for gracing us all with your too short existence, and we fervently hope that you are, at last, at peace.
Read Less

Receive notifications about information and event scheduling for Daniel

There are no events scheduled. You can still show your support by sending flowers directly to the family, or planting a memorial tree in memory of Daniel Robert Blanchard.
Plant a Tree

We encourage you to share your most beloved memories of Daniel here, so that the family and other loved ones can always see it. You can upload cherished photographs, or share your favorite stories, and can even comment on those shared by others.

3 trees were planted in the memory of Daniel Blanchard 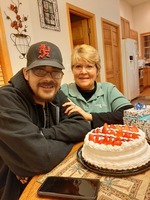 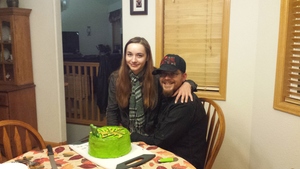 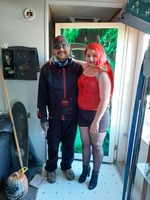