To share your memory on the wall of Anita Warmbrod, sign in using one of the following options:


A memorial to celebrate her life will be planned later in the spring. In lieu of flowers the family would encourage donations to the American Cancer Society or Hospice Care.
Read Less

Receive notifications about information and event scheduling for Anita

There are no events scheduled. You can still show your support by sending flowers directly to the family, or planting a memorial tree in memory of Anita Warmbrod (Tucker).
Plant a Tree

We encourage you to share your most beloved memories of Anita here, so that the family and other loved ones can always see it. You can upload cherished photographs, or share your favorite stories, and can even comment on those shared by others.

Posted Mar 31, 2021 at 01:09pm
Anita brought so much joy to Thompson and I. We loved seeing her every Sunday at FUMC, Greeley. Her hug, her compliments, her beautiful smile. She made us feel 100% welcome from the first time we went to a service there - to the last time we saw her. She went out of her way to welcome my mom - checking on her when she had a spell in the hospital; and sending me flowers in the hospital when my baby was born. Sharing this just to show how much love she poured out - not only in person, but outside of her presence as well. Our hearts and prayers are with Joe and the rest of her family/loved ones. We will always love Anita and she made a very large (with her very small stature! - in church my husband would get on his knees to hug her, and they'd be almost the same height!) impact in our lives.
Comment Share
Share via:
KH

Posted Mar 24, 2021 at 02:20pm
Dear Joe, Eric and Family, Our hearts are broken and we share in the loss and sadness of your precious wife and mom! Anita was as kind and beautiful as they get! Karen and I always remarked on how she was always so put together and joked about hoping to look like her when we were older :) Sending our warmest sympathies and prayers to you and all the many lives Anita touched so dearly! Wishing you peace and strength in the days ahead. Please let us know when the memorial is. Blessings, Love and Hugs - Kathy Harshman (Slemons) & Karen Sullivan (Slemons)
Comment Share
Share via:
TL

Posted Mar 12, 2021 at 11:25pm
Our family is so happy to have known Anita and the warmth and happiness she exuded along with her friendly smile and hugs she freely shared!

Posted Mar 12, 2021 at 11:30am
May God bless this family on the loss of this wonderful lady. I have know Anita since we were children & neighbors in Decherd, TN.
She was always a beautiful child & lady (inside and out). May God in his infinite wisdom and goodness welcome her into His Kingdom. Dr. Don Denney
Comment Share
Share via:

Posted Mar 11, 2021 at 06:12pm
I am so fortunate to have known and loved Anita since our "kids" were married in 1995.
She was loving, sweet, and fun. She would do anything for anyone. She was a dear friend and I will miss her greatly.
Comment Share
Share via: 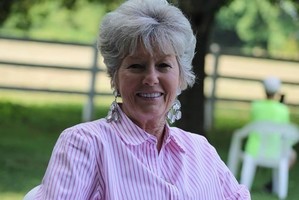 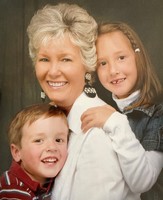 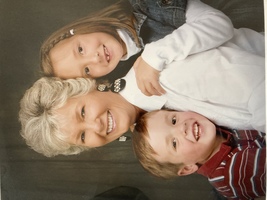